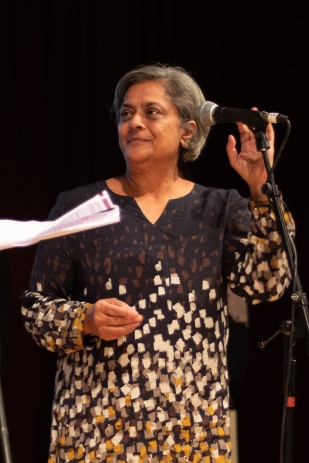 Meena Patel joined Southall Black Sisters in 1987. Since then she has spearheaded SBS’ campaigns to raise awareness of the violence experienced by Black and ethnic minority women. She also runs SBS’ survivor involvement work, and helps other women to politicise their experiences: many of these women have gone on to campaign with SBS. Meena was a key player in the campaign to free Kiranjit Ahluwalia. She also led an impromptu demonstration of SBS service users against the Home Office’s racist ‘Go Home’ vans in 2013, giving strength to service users and illustrating to other services the value of publicly opposing injustice.